The Bureau of Immigration (BI) clarifies that some foreign nationals with BI-issued visas will be required to obtain a travel pass on their departure from the Philippines.

Immigration Commissioner Jaime Morente stated that a departing alien must secure a travel pass from BI if s/he is a special non-immigrant exempted from securing an emigration clearance certificate (ECC) and a special return certificate (SRC) when leaving the Philippines.

Such measure was made in compliance with an Inter-Agency Task Force for the Management of Emerging Infectious Disease (IATF-MEID) resolution. The resolution requires visa-issuing authorities to provide travel passes to foreign nationals who were issued visas pursuant to the Philippine Immigration Act of 1940 and other special laws governing visa-issuing agencies, except those holding ECCs issued by BI.

The IATF-MEID crafted the ruling to allow BI to become a central repository of data covering all foreign nationals in the country.

Morente shared that “While in the meantime, the data is being transmitted to us manually, we hope that in the near future we can start automatic data sharing.”

He continued, “If your BI-issued visa exempts you from securing an ECC or SRC before departure from the Philippines, then you are required to secure a travel pass from our bureau which you should present to our immigration officers at the airport.”

Foreign nationals are advised to apply for their travel passes at the BI Board Secretary’s Office at BI’s main office in Intramuros, Manila.

Applicants are required to submit the following documents at least seven (7) days before their departure:

Additionally, among the foreign nationals required to obtain the said pass are those who were issued a Special Visas for Employment Generation (SVEG), Special Non-Immigrant Visa under Republic Act No. 8756 in relation to Executive Order No. 226 or the Omnibus Investment Code, special non-immigrant visas under PD 1034, and permanent resident visas under Republic Act No. 7837. 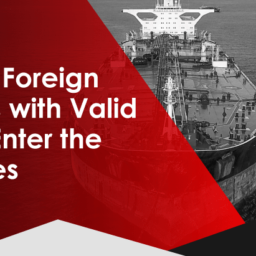 The Bureau of Immigration (BI) clarifies that foreign seafarers who hold valid 9(g) visas are allowed to enter the Philippines.

The Bureau of Immigration (BI) released an advisory on Monday, June 7, allowing foreigners with special resident retiree’s visas (SSRVs) to enter the Philippines.