The Department of Tourism (DOT) declared its willingness to review the current Visa Upon Arrival (VUA) policy issued to foreign visitors in response to the security concerns brought about by the recent influx of undocumented foreigners in the Philippines.

Following a comment made by the National Security Adviser Hermogenes Esperon about the increase in the number of undocumented foreigners and the security threats this may pose, Foreign Affairs Secretary Teodoro Locsin Jr. put forth a recommendation to remove the current VUA privileges and instead issue visas to foreigners through consular offices after proper vetting.

“We must take extra care in outsourcing any part of the visa application process, picking only the most reputable worldwide,” Secretary Locsin added.

In response, DOT clarified that the VUA privileges are only granted after a stern process. They explained that foreigners are required to successfully pass the screenings and get accredited by both the DOT and the Bureau of Immigration (BI) in addition to submitting all pertinent documents. The BI will review the applications and approve them before allowing the tourist to enter the Philippines.

However, considering the unease, DOT Secretary Bernadette Romulo-Puyat said the department will work with the Department of Foreign Affairs (DFA) and the BI to study Locsin’s suggestion.

“The DOT is open to review and reevaluate the issuance of Visa Upon Arrival (VUA) in the country to foreign visitors of certain nationalities with both the DFA and BI, the duly designated government agencies with respect to visa issuance,” Secretary Romulo-Puyat said.

“Moreover, we agree that prime importance should be placed on security and safety of our guests and locals. The grant of visas is to ensure entry of desirable visitors,” she added.

Citing Republic Act 9593, or the Tourism Act of 2009, DOT promised to “support measures and programs that will facilitate ease of travel to drive foreign tourist arrivals in the Philippines.”

Princess Althoma Brima / About Author
Princess Althoma D. Brima is a Marketing and Advertising Management student from iACADEMY. While in the school of business, Princess was recognized and excelled for leading school youth organizations, execution of campus-wide events, and the spread of youth advocacies. Today she explores the world through literature and writing.
More posts by Princess Althoma Brima 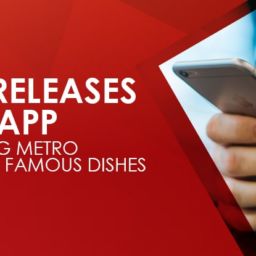 The Department of Tourism (DOT) announced on Thursday, December 12 a new mobile application featuring the iconic dishes in Metro Manila in a bid to promote the developing food tourism in the National Capital Region (NCR). 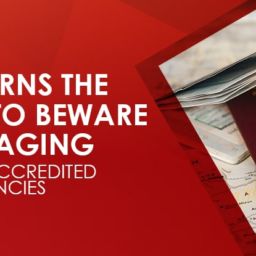 The Department of Tourism (DOT) strongly advises the public against non-accredited entities engaged in travel and tours, airline ticketing and other travel businesses.