Philippine Immigration Black List Order: What You Need to Know

Amelia Earhart’s guiding principle may be one the most diplomatic interpretations of freedom against borders. But in our present situation where chaos and violence are prevalent, immigration policies must be strongly enforced and drawn to bring about a global community strengthened by diplomatic relations and peaceful negotiations.

Naturally distributed across more than 7,000 islands, the Philippines is home to a diverse wildlife, majestic sceneries that can be traversed through land, water, and air and more than millions of warm smiles. The country has been very welcoming to all nations to showcase these beauties but is also known to be very keen in admitting visitors. It enforces a Black List Order (BLO) disallowing entry for foreign nationals who have convicted crimes in their respective countries or had not been convicted of any crime but are fugitives in their home countries.

Pursuant to the Philippine Immigration Act (Commonwealth Act 613), the country prohibits the admission and entry of foreign nationals who have been identified as:

Foreigners who are not aware that they are on the Black List but have committed one or some of the offenses mentioned above will be banned from entering the country. If they happen to arrive at a Philippine airport with no knowledge of the prohibition imposed on them by the Bureau of Immigration (BI), they will be ordered to catch the next flight back to their point of origin.

Those who have been found violating Philippine laws while staying in the country, overstayed without proper visa or authorization or became a public burden and threat to the national security will be included in the BLO list after being deported.

Any foreign national who is included on the Black List can apply for the lifting of the ban at the Bureau of Immigration. The only process stipulated is the submission of official letter request with supporting documents to substantiate the defense, which should be addressed to the Office of the Commissioner.

The Philippine Bureau of Immigration (BI) restored the express transactions effective January 3, 2018. Express visa application processing transactions shall now be subject to Express Lane Fees. This is applicable to all BI offices – regional and satellite offices. 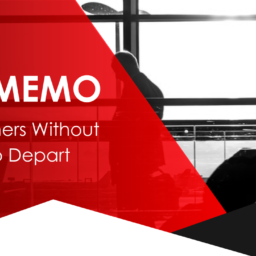 BI Allows Foreigners Without Stamped Visa to Depart the Philippines

The Bureau of Immigration (BI) declared, in a press release on March 27, that foreign nationals are now temporarily allowed to depart the Philippines even in the absence of an implemented and stamped visa in their passports, given that their visa application was approved.