US to close immigration office in Manila on July 5

US to close immigration office in Manila on July 5

The United States Citizenship and Immigration Services (USCIS) announced on Tuesday this week that it will permanently close its field office in Manila, in an effort to reduce its presence abroad and limit both legal and illegal immigration.

This move is expected to slow down the processing of family visa applications, foreign adoptions, and citizenship petitions. New applications or petitions will no longer be accepted in USCIS’ Manila office, the last day of accepting applications was on May 31.

USCIS scheduled the full closure of its Manila office on July 5, 2019. It also listed new filing instructions for individuals previously assisted by its field office in Manila.

Beginning June 3, the following filing instructions should be observed for all of USCIS’ services:

USCIS has also permanently shut down its field offices in other countries due to demand for services. It recently closed its field office in Moscow last March, citing a significant decrease in workload as the reason for the closure. 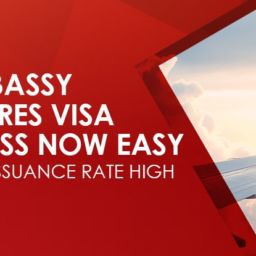 Officials from the Consular Section of the United States (US) Embassy in Manila stated during their relaunch of the #WalangSikreto campaign earlier this month that the US visa application process in the Philippines is now easier and more transparent, adding that the current approval rate is also exceptionally ‘high’ for all applicants.